In the recent past, our lives have been shaped most by three groundbreaking innovations: The steam engine, mass production and the Internet. Each of these three industrial revolutions has fundamentally changed the way we live and work. The fourth industrial revolution is already in full swing: the Internet of Things, or IoT for short, will shape private life and the world of work at least as much as the three innovations mentioned earlier.

IoT is an IT revolution based on billions of devices, so-called smart devices, which are globally networked: According to the Gartner Institute, more than 2.5 billion devices were already connected via the Internet in 2009. By 2020, this number is expected to rise to around 30 billion devices, from everyday items such as smartphones and clothing to household appliances and vehicles.

So this is not a short-lived hype, but a real paradigm shift. Which, by the way, you don't need to be afraid of: The resulting digital services can be used to leverage a multitude of new, previously unknown business potentials or significantly improve existing ones. And it’s precisely the companies that will benefit from this development and upgrade their existing products and services with these digital services.

People, machines and products: In the global IoT world, the Internet connects everything that is economically relevant. Sensors effectively and reliably deliver an unprecedented amount of data from a wide variety of sources that form the basis for current and new business models. Data volumes that were previously unavailable in this form - it is not without reason that the term "Big Data" has become a real catchphrase. For companies, this means that if they want to benefit from the advantages of the Internet of Things, they should develop new, usage-based business models or adapt existing ones - now. Then the great potential opens up and the dazzling term IoT manifests itself in concrete applications and projects: A new dimension of transparency that helps to automate processes, make forecasts and uncover optimization potential.

Virtually all industries can profit from the benefits of the Internet of Things: Automotive (keyword "autonomous driving", fleet management etc.), health (fitness tracker etc.), mechanical engineering, Logistics. Not to forget the complete market for Smart Home applications or the Smart City of the future. Billions of new markets are emerging and existing markets are being revolutionized. In short: If you want to get fit for the future and remain competitive, you can no longer avoid the topic of IoT. 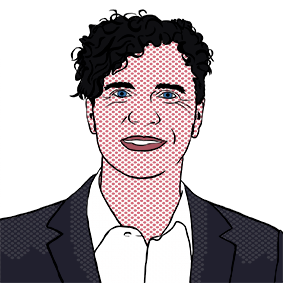