Better through crises with digitalization

"The more digital the industrial companies are, the faster they will recover from the consequences of the shutdown."

The general consensus seems to be that companies are severely affected by the current pandemic, have to accept losses in sales and will not generate growth at least in the medium term. In stark contrast to this are crisis winners such as Zoom and Co., which provide digital meeting rooms, or Amazon as a universal ordering platform. If we leave these global players out in the cold, there seems to be another group that is not benefiting from the crisis on a large scale, but is still surprisingly little affected: small and medium-sized industrial companies.

According to a recent study commissioned by Microsoft and conducted by techconsult, SMEs are relatively weakly affected by the extent of the lockdown. The underlying data was collected in May 2020 through 196 online interviews with business decision makers and IT experts from industry. In the survey, 47 % of respondents said they felt the effects of the crisis "less strongly" or even "not at all" (8.7 %). For comparison: Less than half of the SMEs see themselves as "very strongly" (10.7 %) and "strongly" (33.2 %) affected.

A statement by Bitcom boss Achim Berg could serve as an explanation for these quite surprising results. In a recent in-house survey focusing on Industry 4.0, he commented as follows: "The more digital industrial companies are, the faster they will recover from the consequences of the shutdown.

In the survey "Industry 4.0 - how digital are Germany's factories" conducted by the industry association, 59 % of the companies surveyed stated that they already use "special applications from the Industry 4.0 sector".  As a reminder, the aggregate results of the Microsoft study, which only (if at all) notice the effects of the lockdown in their company in isolated cases, is 55.7 %. A value so close to that of companies with already implemented digitization measures that at least a connection can be assumed here.

Industry 4.0 to maintain competitiveness and as a key to new business models

The Bitcom study also states what most entrepreneurs probably already know: "Industry 4.0 is the prerequisite for maintaining the competitiveness of German industry". This statement is agreed by 94 % of those surveyed. This means in reverse: In the representative survey, only 6 % of German companies consider it conceivable to be competitive even without digitizing their business models! In addition, 55 % expect a boost to their business model from Industry 4.0, but one third (31 %) also feel overwhelmed by the problems and challenges arising in Industry 4.0.

73 % of all participants surveyed expect Industry 4.0 to influence their current business model. Just over half (51 %) want to develop or plan new products and services. Just under a third of each group is already implementing this plan (28 %) or is taking certain products and services off the market (26 %). For a quarter, Industry 4.0 will still have no influence on the business model in 2020. Compared to the previous year, however, this group has fallen from 32 % to 25 %.

Growing importance of IoT and AI for companies

Among the concrete applications in the area of Industry 4.0 are the Internet of Things (IoT) and artificial intelligence (AI), the importance of which for companies was again addressed in the Microsoft study. The two future technologies are considered by 18.9 % to be "more important than ever before" in order to emerge from the crisis either successfully or as unscathed as possible. For 42.2 %, IoT and AI are "still important" - regardless of whether or not there is a crisis. It is interesting to look at those who consider both to be "still of little importance" (31.6 %). This assessment is more pronounced in companies with up to 20 employees (43.6 %) than in companies with up to 400 employees (24.3 %).

Small companies in particular seem to have a lot of catching up to do when it comes to IoT and AI. And this is understandable, because it takes more than a one-off investment and goodwill to use the new technologies. Education and training are also a fundamental building block for the success of future technologies that require resources.

For the use of data-based or machine-learning solutions to work, the "training and further training of their own staff" (60.2 %) is regarded as the most important prerequisite for companies as a whole. Looking at small enterprises (less than 20 employees) again, this aspect is only relevant for 50 % of small enterprises in the group.

Other requirements regarding the digitization of enterprises are "automation of processes" (49 %), "standardization of IT/OT" (44.4 %) and "simplification of application development" (39.3 %).

Some interesting figures on AI can be found in the Bitcom study "Artificial Intelligence. Use and Research in Germany". There, not only the chances of the technology are discussed, but also the existential threat that can arise for parts of the economy.

What lessons can SMEs draw from the various studies?

Future scenarios: What can the time after the crisis look like?

Finding an appropriate answer to this question may seem like looking into a crystal ball. However, there are institutions that deal with such future scenarios according to scientific criteria. For example, the Scenario Management International (ScMI) recently published the following working paper: "Post-Corona Scenarios. Society, economy and politics after the corona crisis". Using proven methodology, eight different scenarios were developed there that are conceivable for the time after the crisis. These scenarios were then evaluated according to the probability of their occurrence. We recommend all interested parties to take a look at the working paper of the ScMI.

ROBIOTIC implements IoT solutions for every industry and every idea

Ready for a free, non-binding initial consultation on IoT and digitization? Write to us. We will gladly get in touch with you! 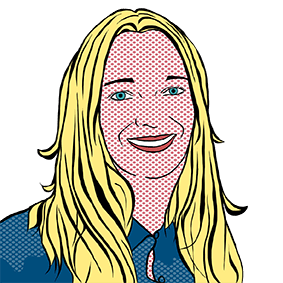